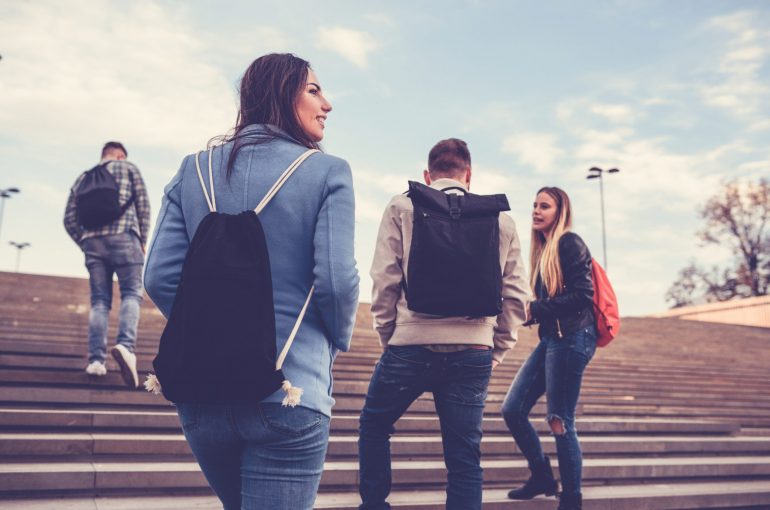 For many students whether to go to university and which institution to choose is an enormous decision at the best of times. This year’s cohort of school leavers however face an even more momentous choice in light of the fact that the academic experience is likely to be markedly different come September this year.

According to the latest UUK research, 92 universities out of 137 in the UK will be providing some sort of face to face teaching over the coming year although the majority of institutions have opted for a blended learning approach combining face to face teaching for smaller tutorials with larger lectures being delivered entirely online. Some institutions are opting to push back start dates to October whilst others are offering entirely online teaching for the first semester, and others have announced that it is business as usual aside from social distancing on campus.

There has been quite a bit of negative press over the last couple of months about starting university in September and the ‘lost generation’ which will no doubt have an impact on those considering deferring their place or not attending altogether. According to the latest University and College Union data, 22% this year, up from an average 5% YOY are now planning to defer. Although this number is down from expectations two months ago and the latest UCAS application data post decline by default suggests that firm acceptances are actually up on last year, this is still a very high proportion and it is unfortunate as the class of 2020 will be an experimental, pioneering cohort, taking part in and likely integral in shaping the biggest fundamental shift in the university experience witnessed for many years. We are now coming to the end of the demographic dip in most parts of the UK and the number of 18 year olds is set for sustained and substantial growth over the next decade in many regions of the country for the first time since 2009. With the colossal fall in international student numbers in 2020 and the glut of places available at many institutions there will be the opportunity for a huge number of students to make the leap into higher education or return to education and for others, the opportunity to trade up during Clearing and Adjustment. Should students wait, they are likely to face a huge increase in competition, particularly for higher ranking universities in regions with the most growth.

The UK looks now to be heading into a protracted economic crisis and school leavers will likely be facing the bleakest job market since 2008 or possibly a lot longer. We already know that graduates who joined the workforce during or shortly after the 2008 recession faced lower earnings relative to other groups which has effectively stunted their lifetime wage growth and the current cohort faces the same challenge. Security and stability is of greater importance to Gen Z than it is to millennial’s, many of whom were young children during the 2008 crises and saw their parents take large financial hits and although it might not be what students had originally imagined, universities need to emphasise that they will be taking part in an online environment which will prepare them for employment in a modern digital world where business and communication largely takes place. With a far more limited chance of securing work, and with the majority of countries around the world implementing quarantines and travel bans and the potential impact of second wave of COVID19, the traditional notion of a gap year also looks highly unlikely this year although many will no doubt come up with creative solutions. There is also huge uncertainly as to when a vaccine will be able, with it possibly taking several years meaning that those who defer in Autumn 2020 may be coming back to a similar situation the following year. However, they will then have missed out on being part of that unique, pioneering cohort. Many school leavers are currently angry and understandably question paying full fees for a very different university experience so it’s vital that universities understand this and communicate clearly what is it in it for the student if they do join and focus on the emotional benefits of going to university this autumn. A large number will already be aware of the financial and job prospect implications of deferring and therefore focusing on the emotional hook of joining this September will be essential.

From research we have undertaken at Education Cubed, we know that Generation Z are motivated by making a real difference in the world we live in, and tackling environmental, social and class issues head on. Universities are uniquely placed to help them in their mission and therefore need to focus on their messaging over the coming months to create a can-do mindset. Creating a movement as such of a cohort unlike any other, not willing to sit back on the sofa and wait to see how things pan out, but instead taking on the world’s challenges now. Universities should be focusing on how they can help in this process and the tools they will give the class of 2020 to make these changes happen this autumn.